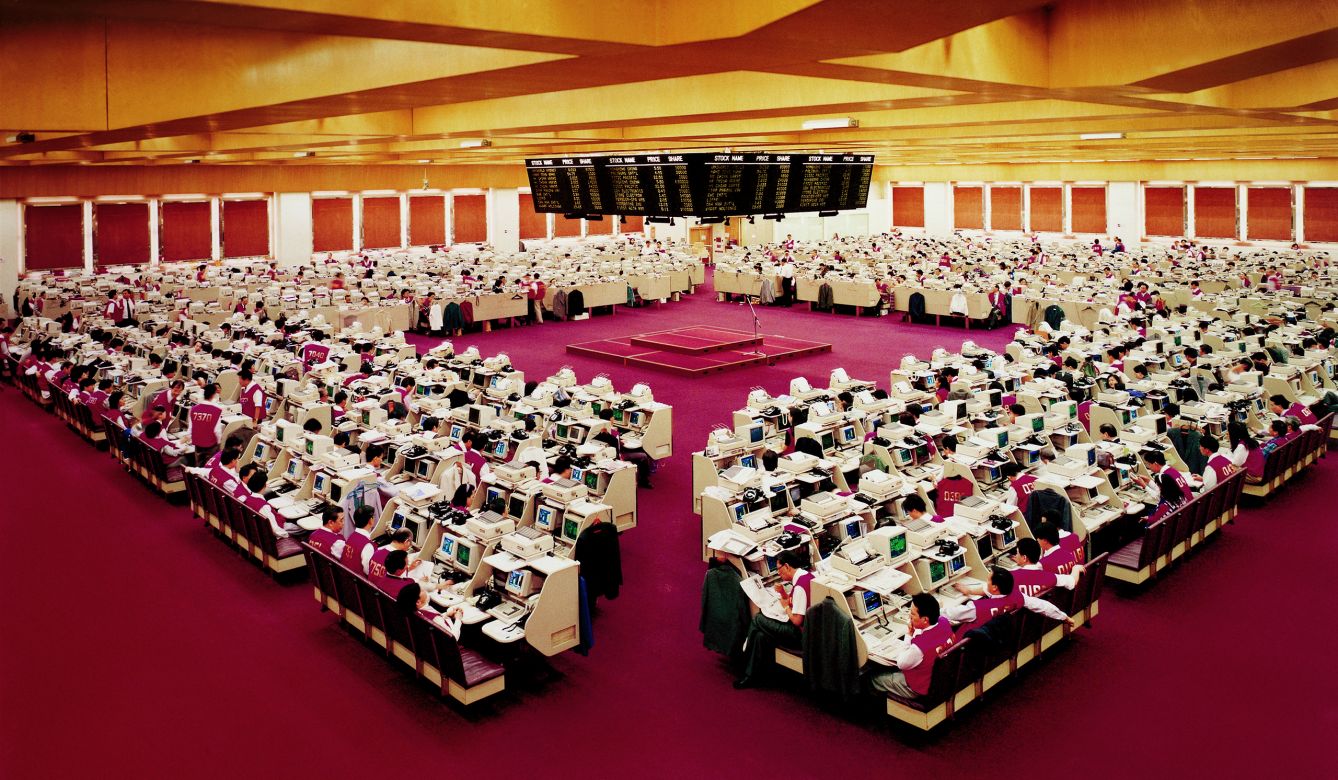 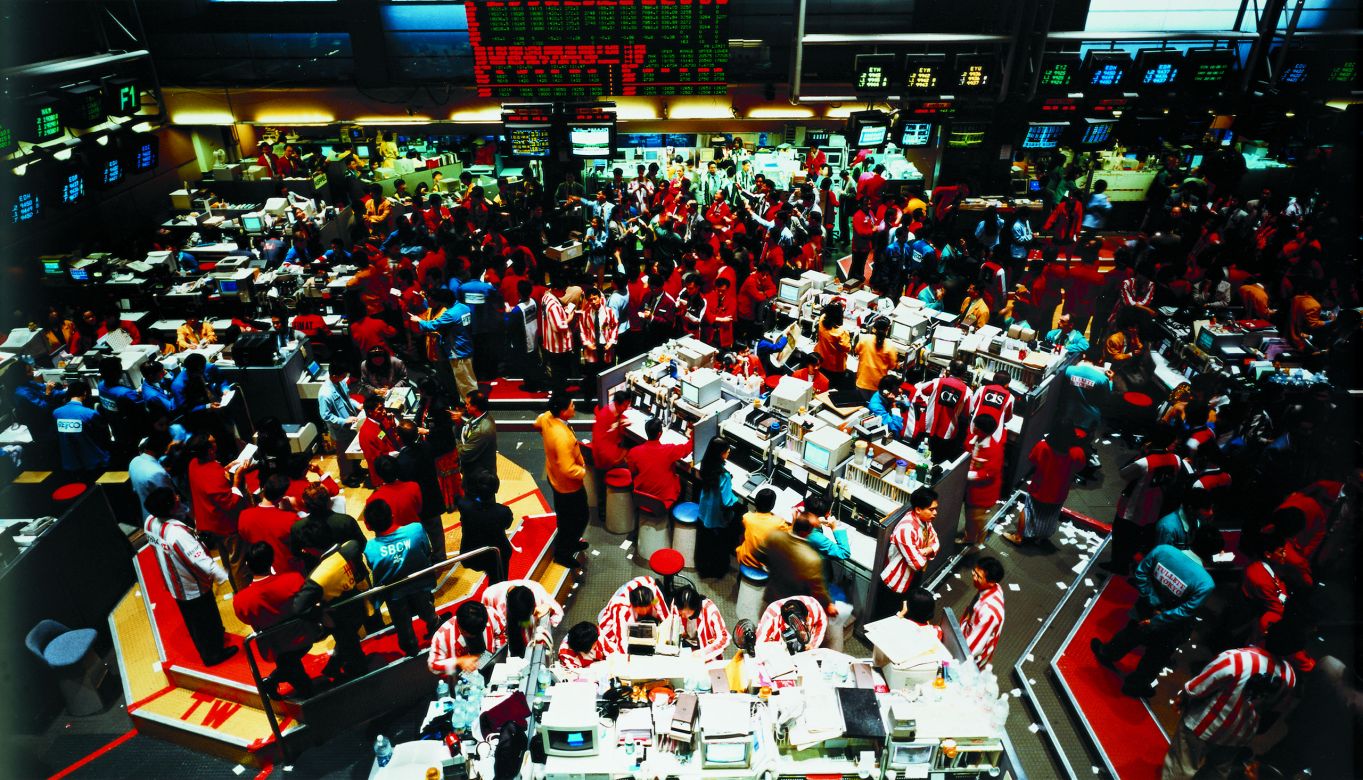 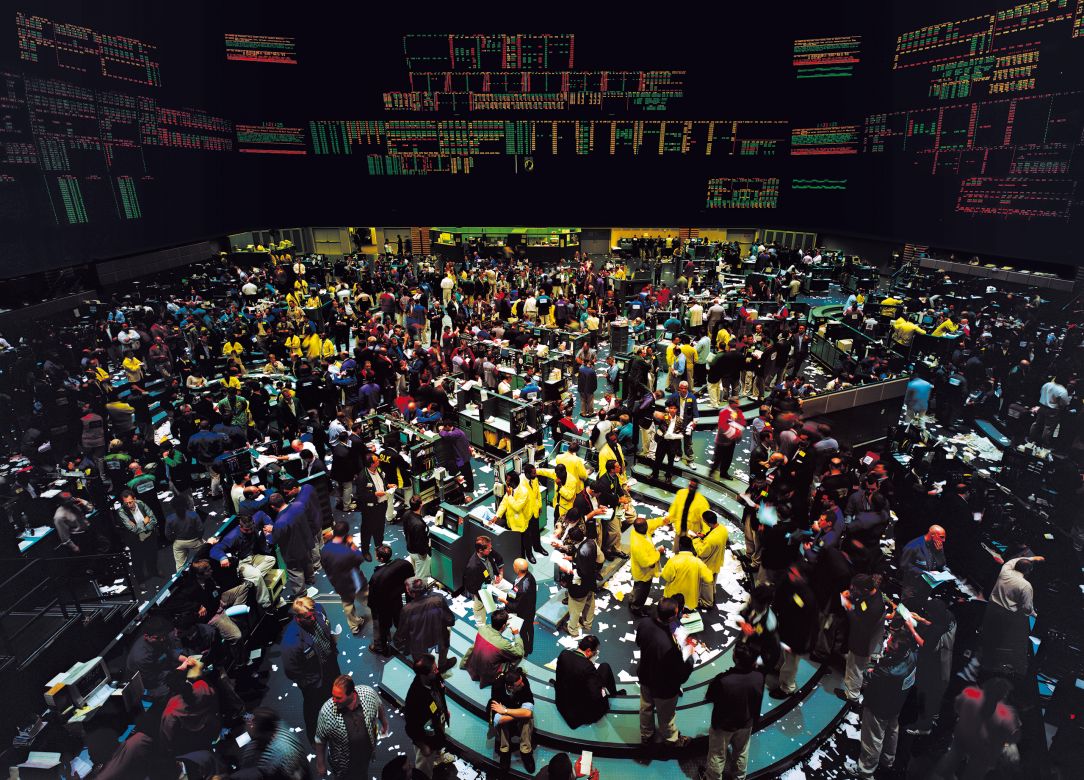 Commodity fetishism, industrial architecture, techno cult, trading on the floor of a stock exchange: Andreas Gursky’s photographs tell a story. “Signatures of Modern Life” would be an apt title. The individual chapters address trends, the zeitgeist, progress and civilization. Even when he focuses his camera on nature, Gursky finds no object that stands scrutiny in its own right. The mountain landscape becomes a recreational park for masses of enthusiastic hikers, the straightened Rhine river becomes a flowing abstraction, there is no hut to shelter the homeless – just an interstate flyover. Gursky does not present these themes in some overly dramatic manner, but opts instead for a descriptive note. What we witness is not event, but constant: the repetitive ritual that remains the same day-in, day-out, the condition of life as the 20th century feeds into the new millennium.

The human eye is guided by interest, the eye catches on details. The plate-back camera which Gursky employs for his large-format photographs captures a whole area evenly, with a large depth of focus - sharp down to the most remote of items. “The camera is mercilessly unromantic,” says Gursky who lets an idea evolve in his head without any hurry – sometimes it takes years of mental gestation. Does this imply that his photographs de-mystify, expose, uncover? Not in the least. Gursky’s works have a rare suggestive power – viewing his pictures you are confronted with the fascination of visual beauty in the photographic medium.

Gursky first focused on the stock market theme in 1990. That was long before Deutsche Börse had even thought about establishing a collection of photo works. It was also long before the broad mass of investors discovered shares in Germany, triggering a stock market boom. This is not to say that Gursky feels at home either on trading floors, or in techno clubs or factory halls. Yet it is no coincidence that these motifs crop up in his works. What interests him is how these places capture the feel of the day. Not to mention the people who gather here. Be it the complex chaos of the Chicago trading floor or the strict seating arrangement of its Hong Kong counterpart. As varied as the scenes may be, Gursky’s photographs bathe them in a light of happy leisure and distanced bliss. Everywhere things are different, yet always the same: the individual and the crowd, rapture and loneliness. 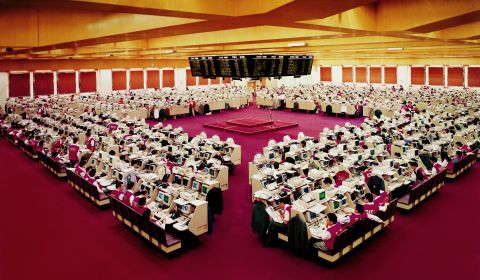 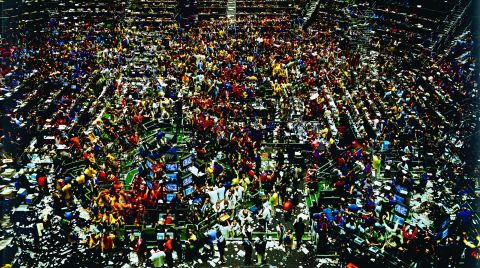 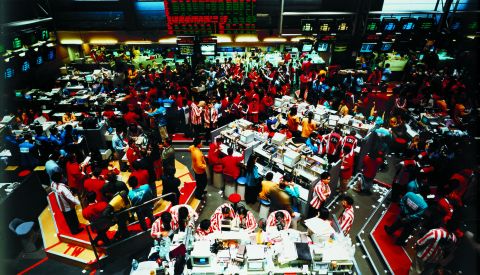 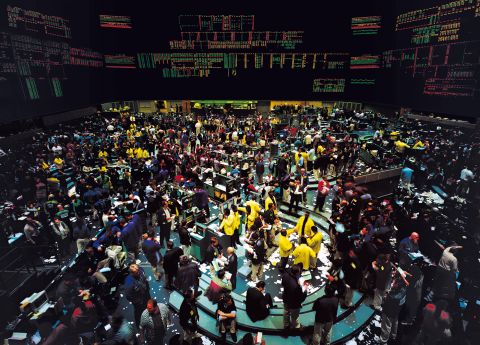