From 23 January until 12 May 2014, Deutsche Börse Group hosted the exhibition “Deutschlandreise” (Journey through Germany) in its corporate headquarters in Eschborn. Roughly 300 works by four photographers of the international agency Magnum Photos were on display: Olivia Arthur, Paolo Pellegrin, Moises Saman and Peter van Agtmael. They travelled through the Federal Republic of Germany throughout the winter and spring of the election year 2013 to capture wholly personal impressions of a partly unfamiliar, partly familiar country and its citizens. From their individual series, the photographers worked together with Andréa Holzherr, the curator of Magnum Photo Paris, and Anne-Marie Beckmann, the curator of the Art Collection Deutsche Börse, to put together a portfolio of 400 works which were published by Magnum Photos in a limited edition box, one of which was purchased for the Art Collection Deutsche Börse.

“Deutschlandreise” was a collaborative project by Magnum Photos, the Focus Agency, Hamburg and the fifth Fotofestival Mannheim-Ludwigshafen-Heidelberg, where it was shown for the first time in autumn 2013. The German magazine “ZEITmagazin” dedicated its entire September 2013 issue to the series.

For the exhibition, the portfolio was developed into a presentation of four structured image groups. The largest, framed prints showed a selection of what the artists chose as their best pictures. Together with the other unframed smaller prints, visitors gained an insight into the development process of the exhibition.

London-born Olivia Arthur travelled around the Rhineland area for her part in the “Deutschlandreise”. She has a close connection to Germany and that region in particular, having spent a few years of her childhood there. That is exactly where she wanted to go back to during the Karneval (carnival/Mardi Gras) season, and the pictures she took show the parades and parties in cities including Gelsenkirchen, Essen, Duisburg and Cologne. Her series is poetic with the surreal touch of the chaotic festive atmosphere in the region at this time. Olivia Arthur lives in London.

The native of Rome, Paolo Pellegrin, travelled around the east of Germany. He explored the vestiges of German history in and around Berlin. He also devoted a lot of time and interest to open-cast lignite mining, spending several days photographing at Welzow in Brandenburg, where the Swedish energy company Vattenfall operates a mine. His panoramic landscape shots resemble scenes from an apocalyptic film. Paolo Pellegrin lives in London.

Originally from Peru, Moises Saman visited Hamburg and the entire Baltic coast as far as the island of Rügen for “Deutschlandreise”. He came back via Schleswig-Holstein, Bremen and Bremerhaven. His black and white series shows typical northern German landscapes, shipyards, port and fishery areas, port workers, the unemployed and lonely – and images of windows with curtains reoccurring like a refrain. Moises Saman lives in Cairo and New York.

Washington-born Peter van Agtmael visited Frankfurt/Main, Würzburg, Ruhpolding, Dachau and Stuttgart. His series is characterised by opposites. Some of his photographs give a sense of spring, with lively street scenes. The people captured by his lens are enjoying the Cannstatter Volksfest festival or the sunshine on the riverbank. The lively and light-hearted nature of these photographs stands in stark contrast to those taken in Dachau and at an asylum-seekers' centre in Würzburg. Peter van Agtmael lives in New York. 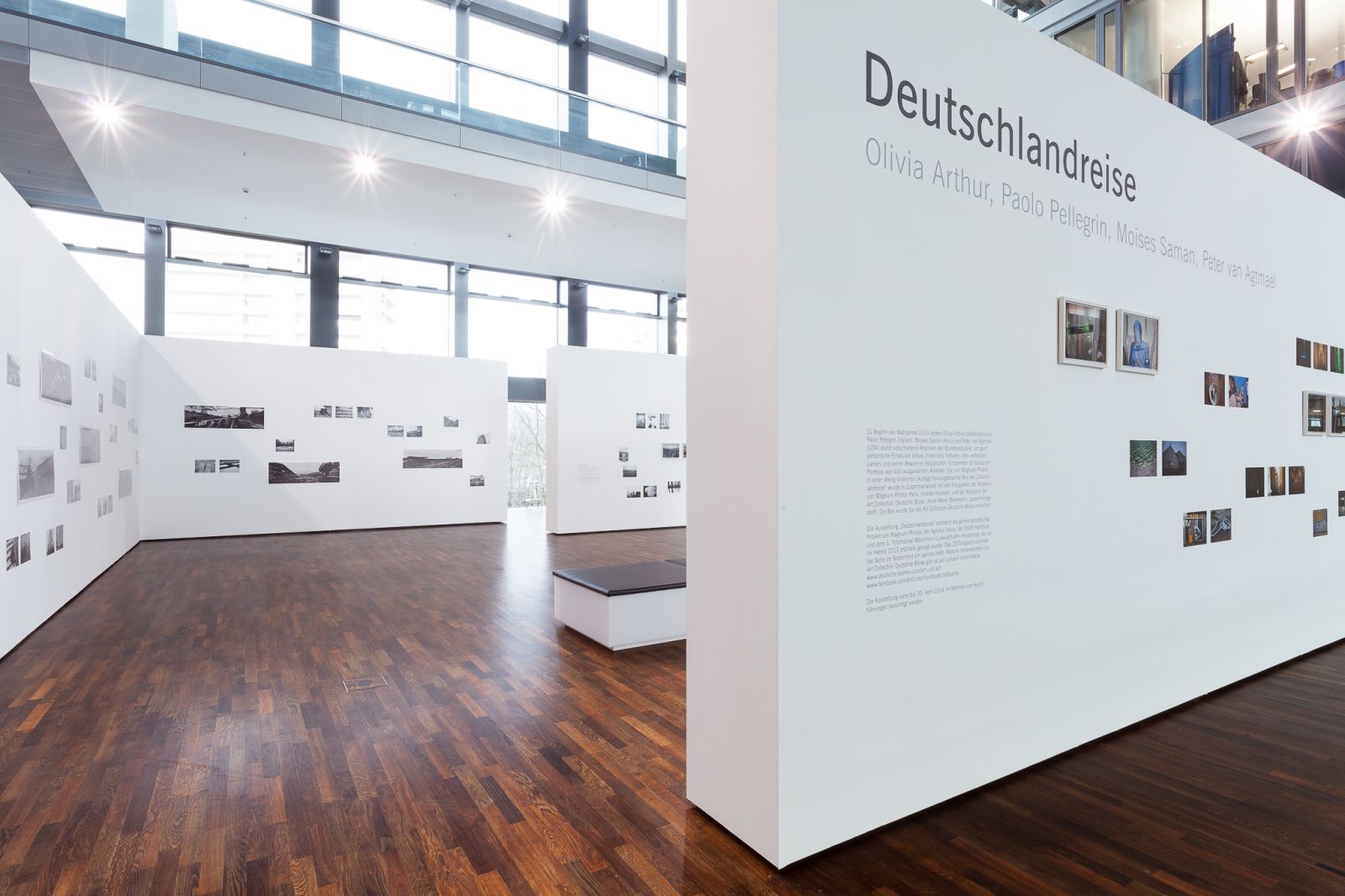 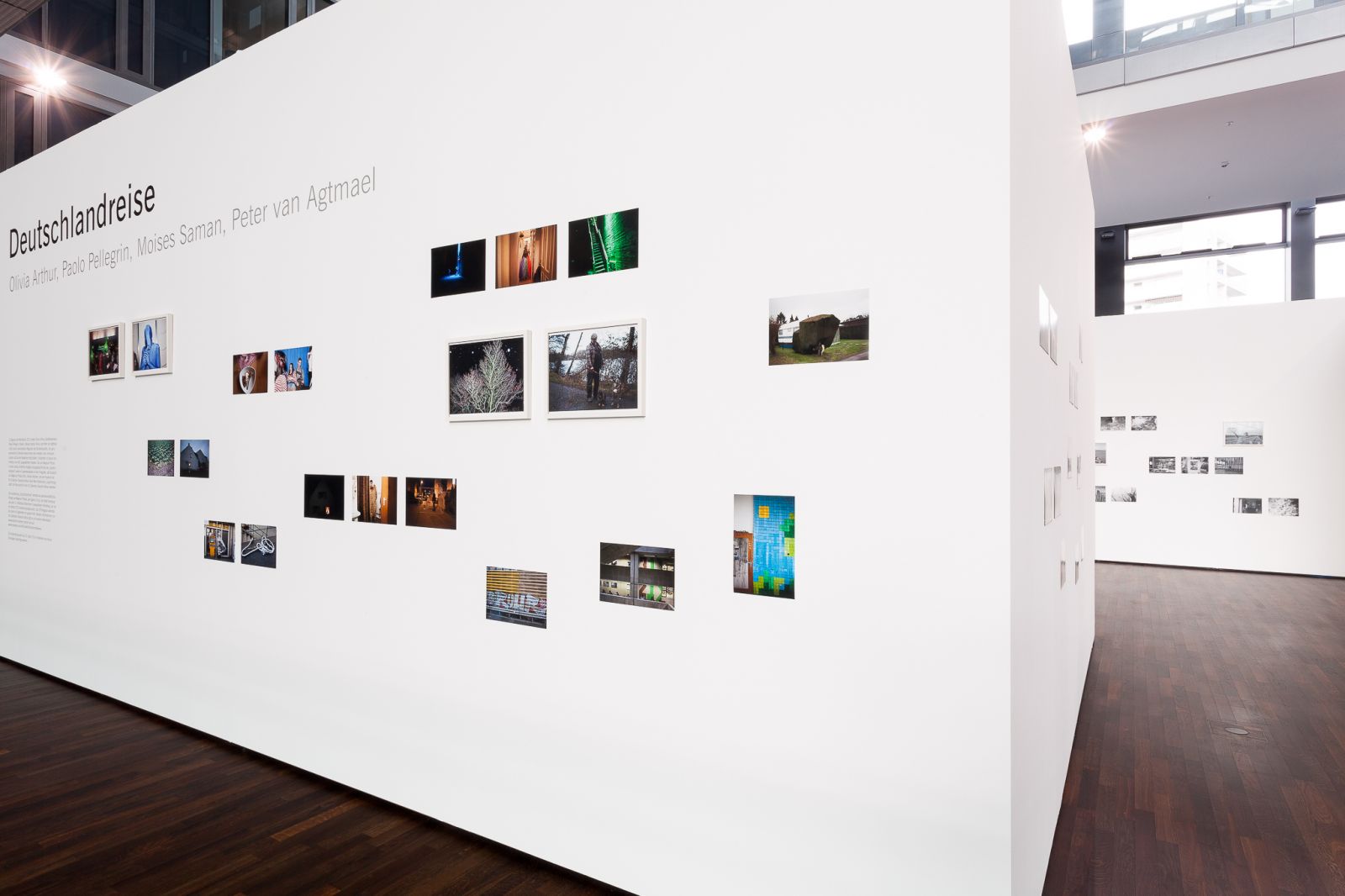 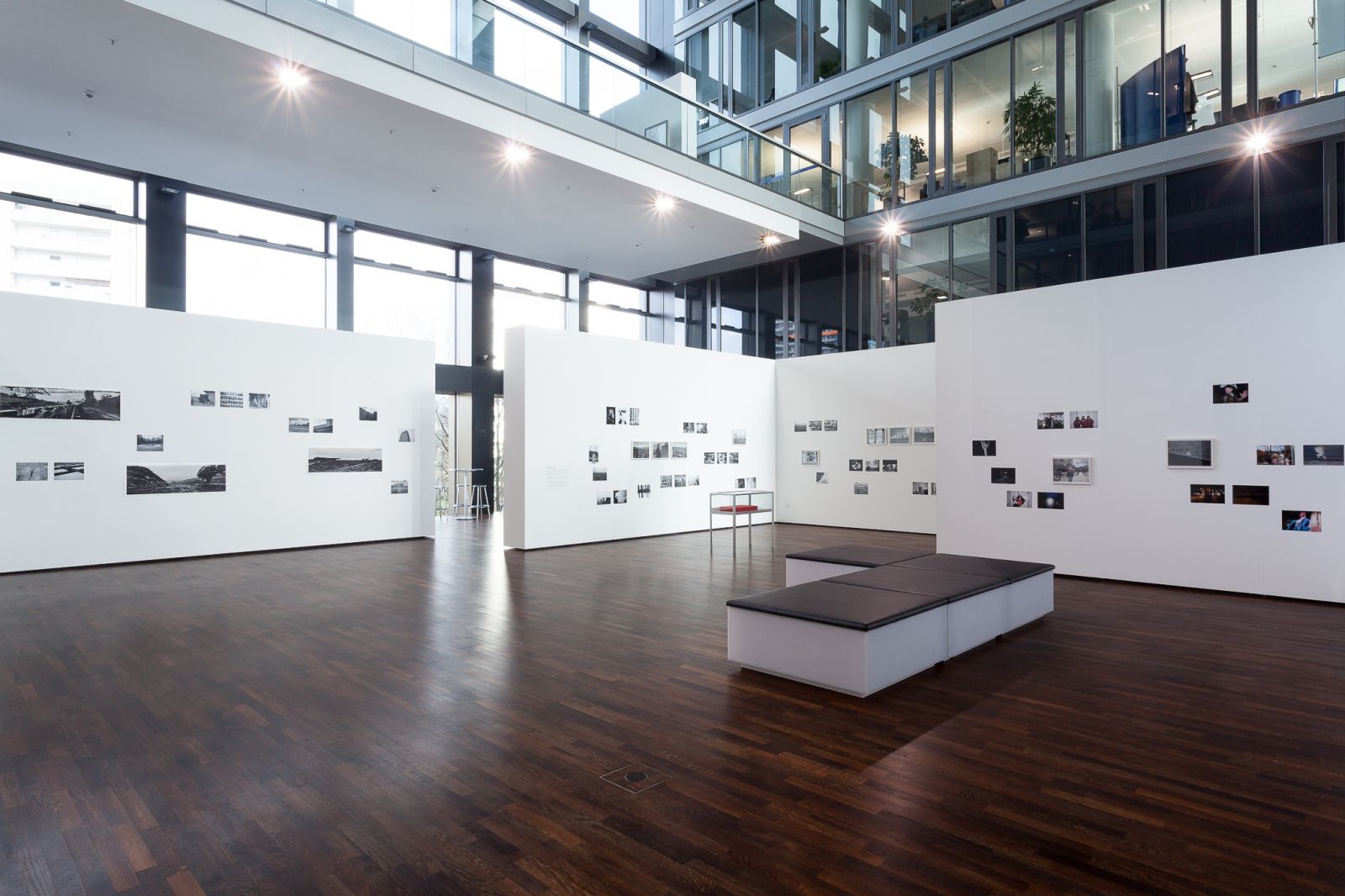 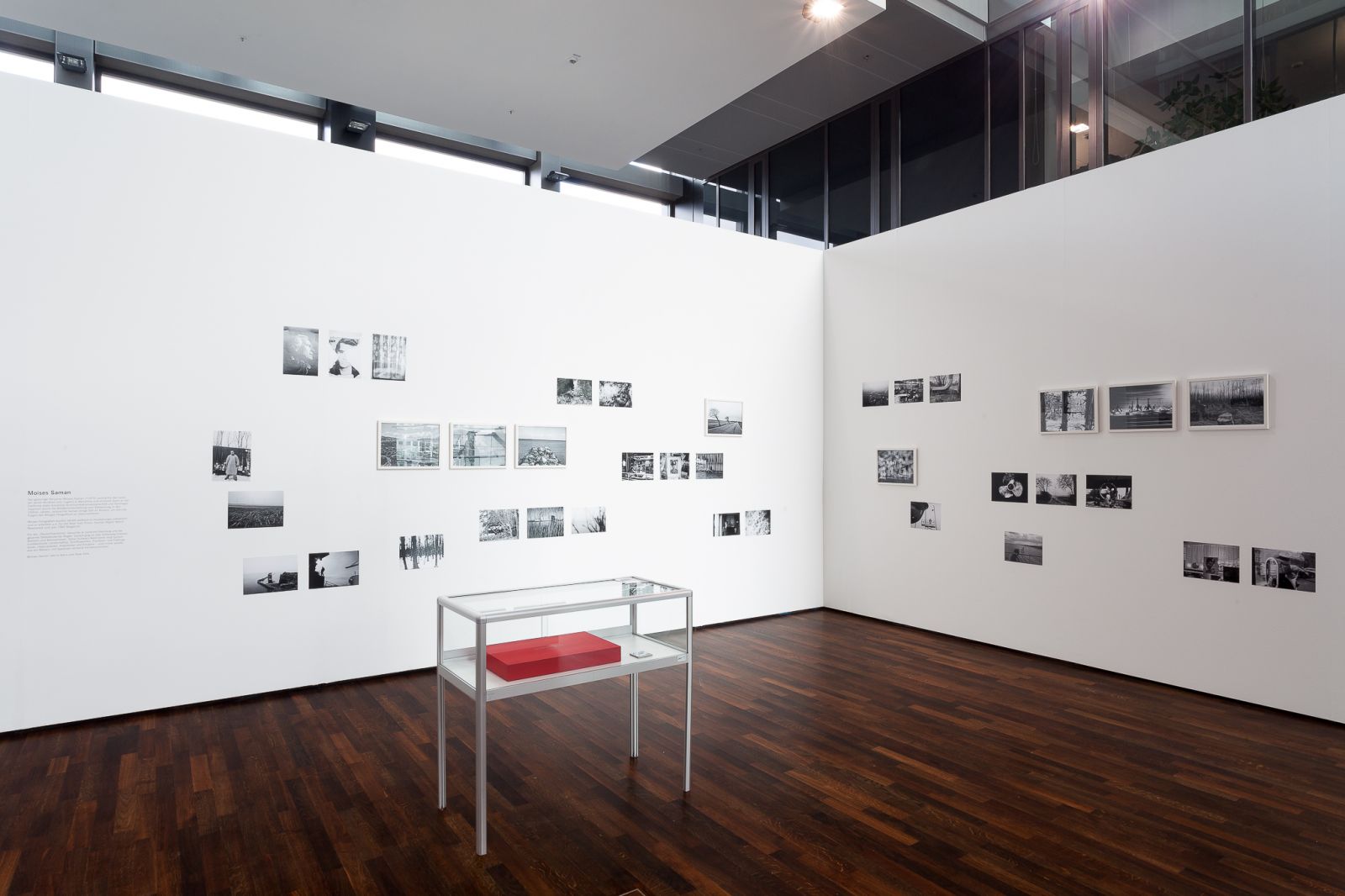 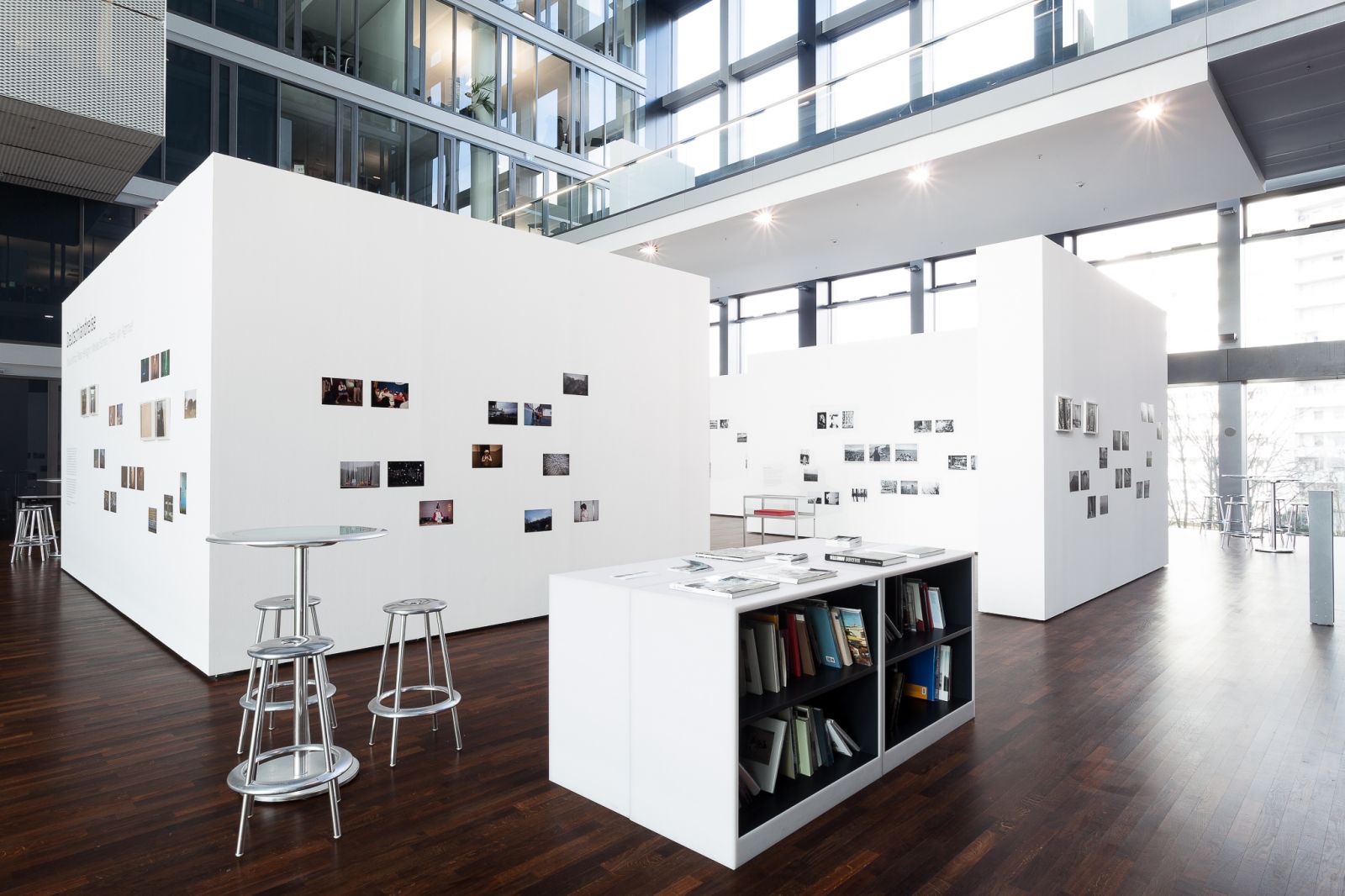 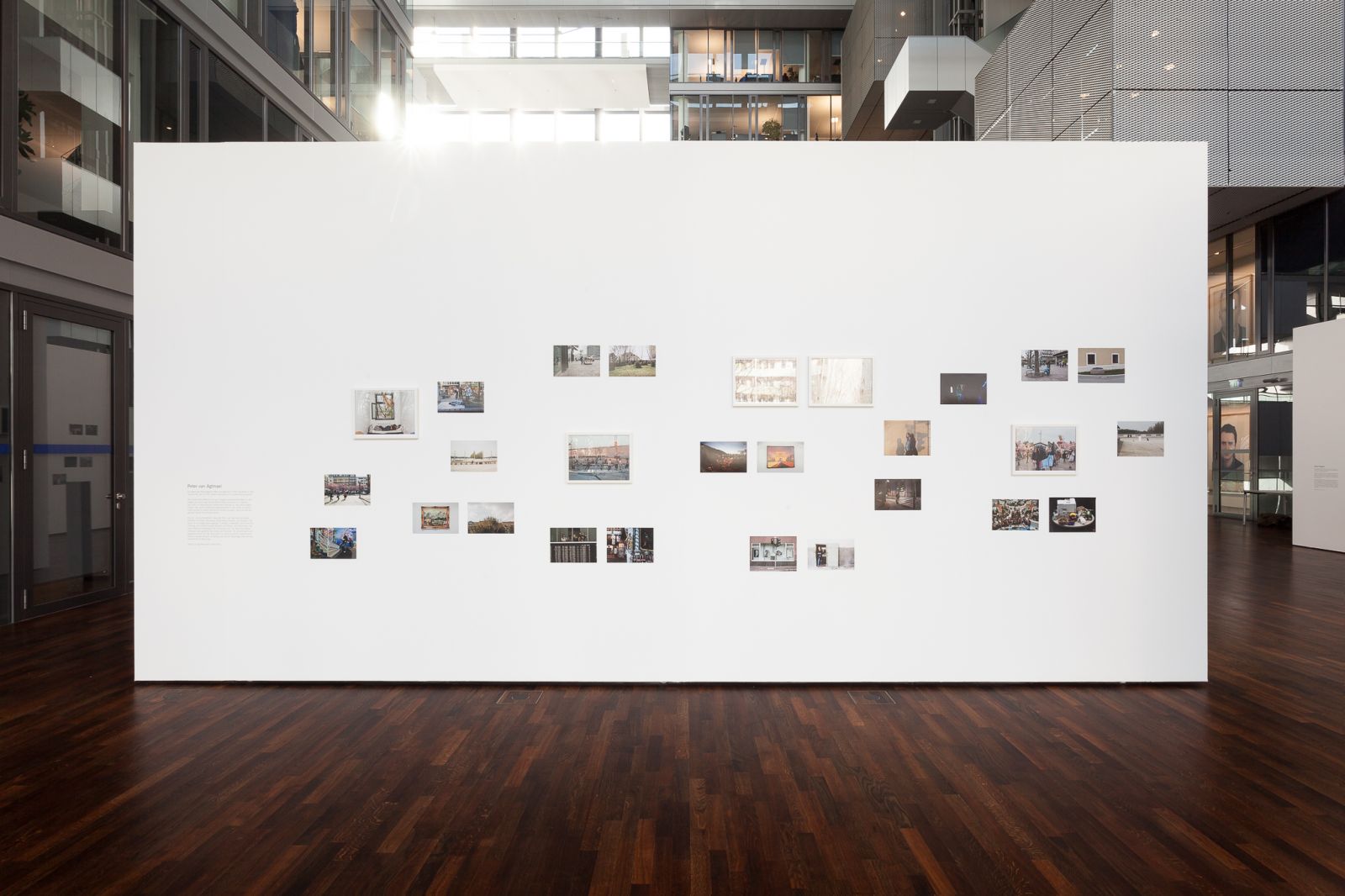 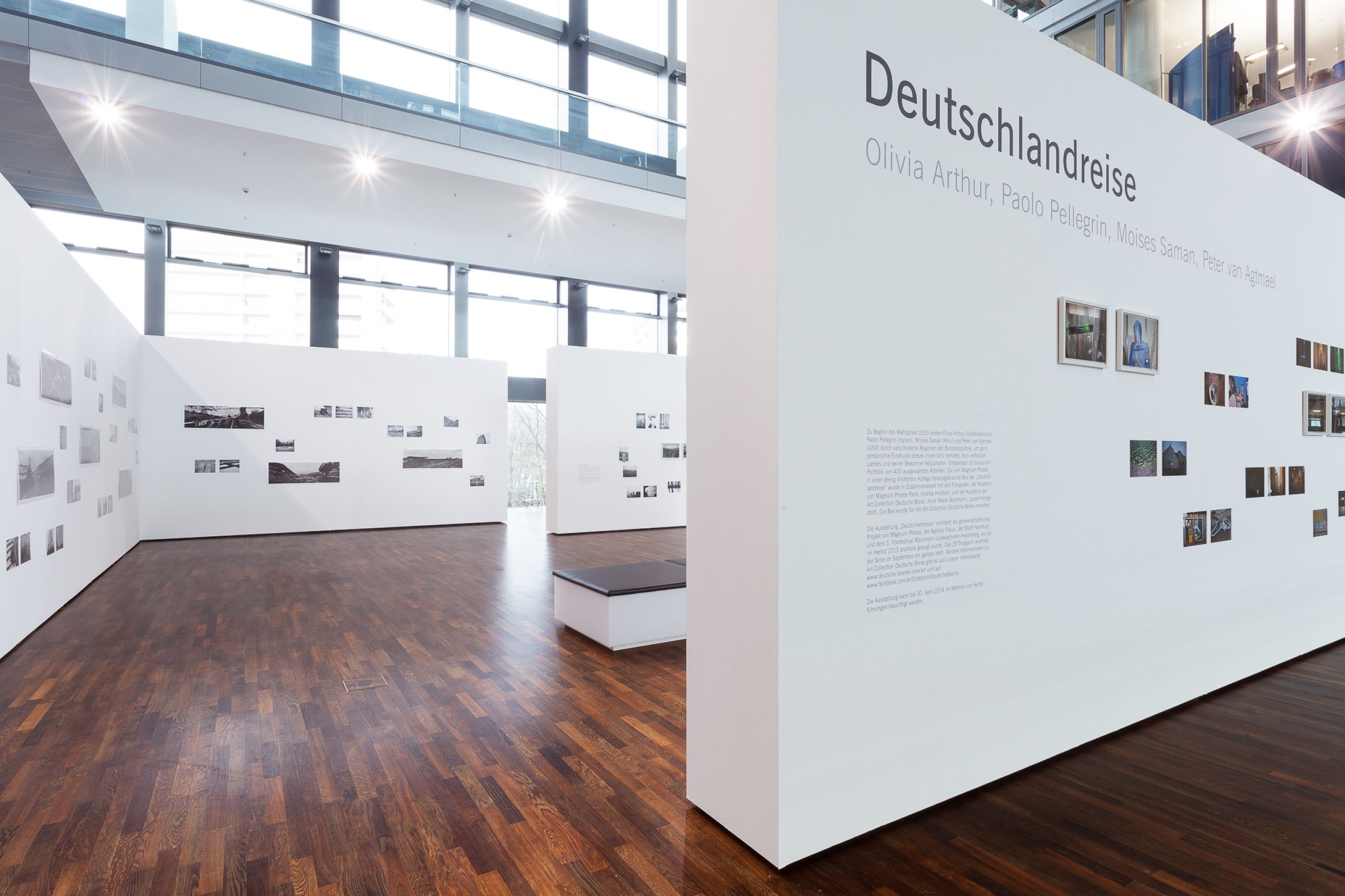 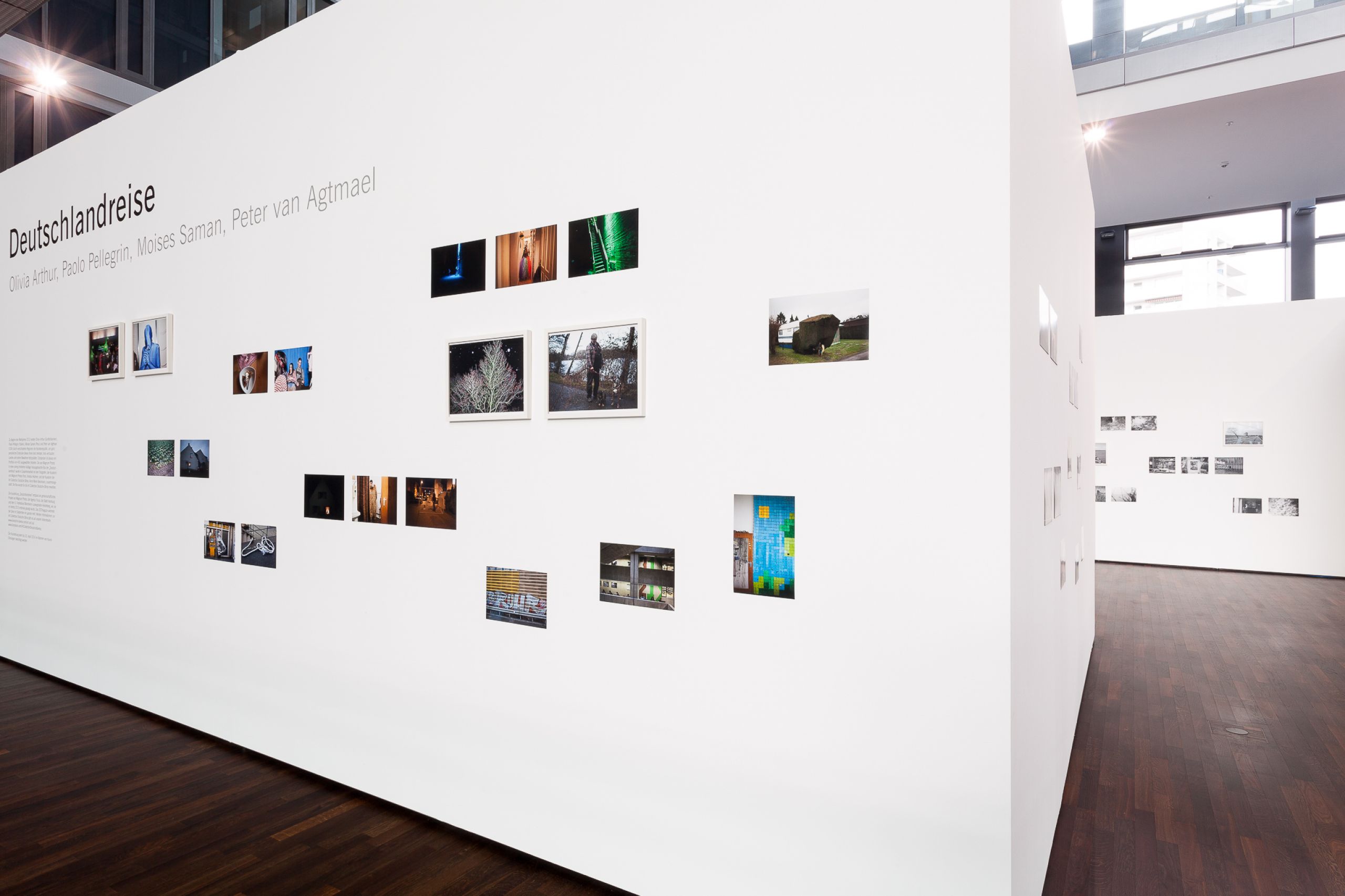 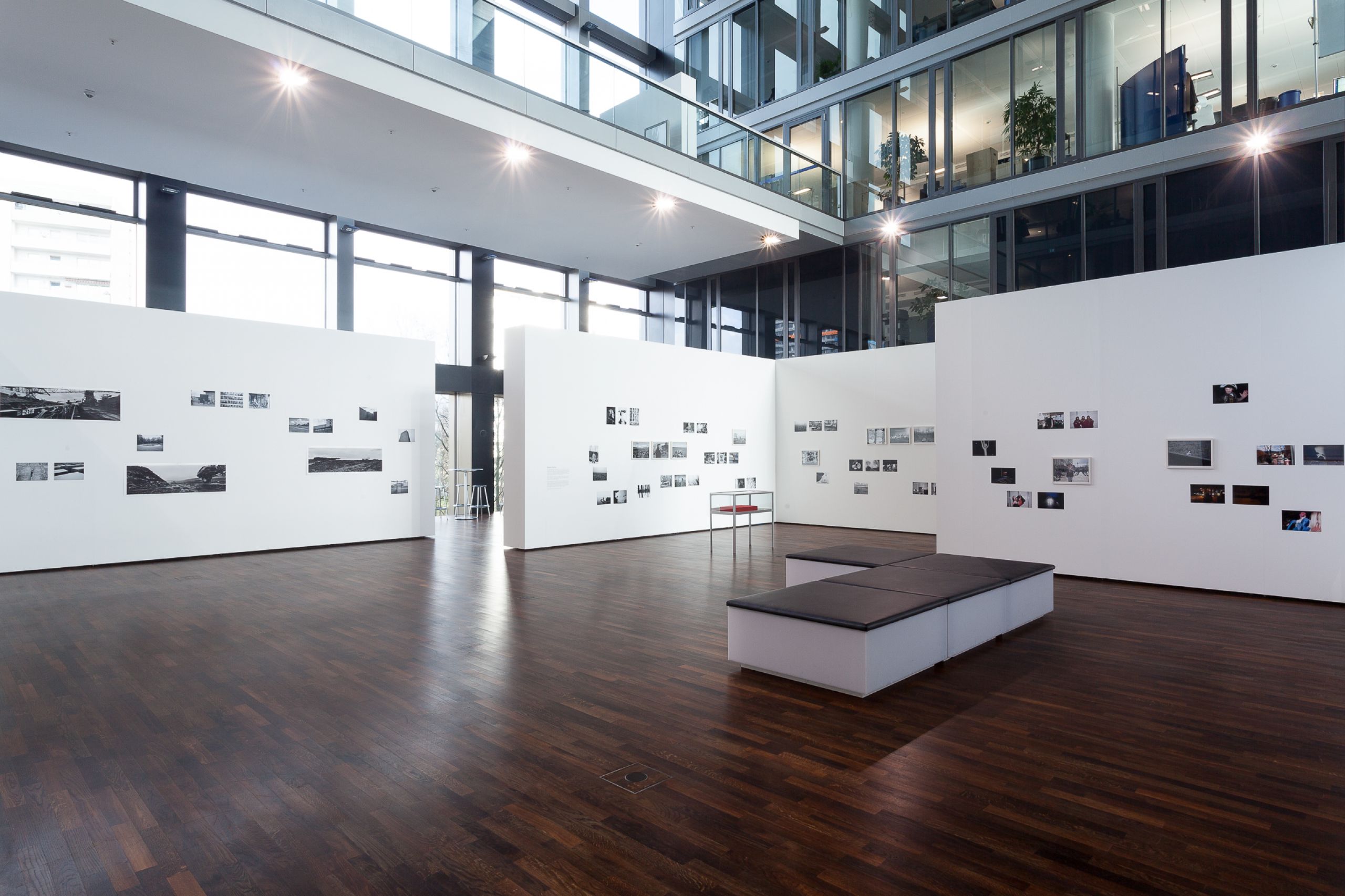 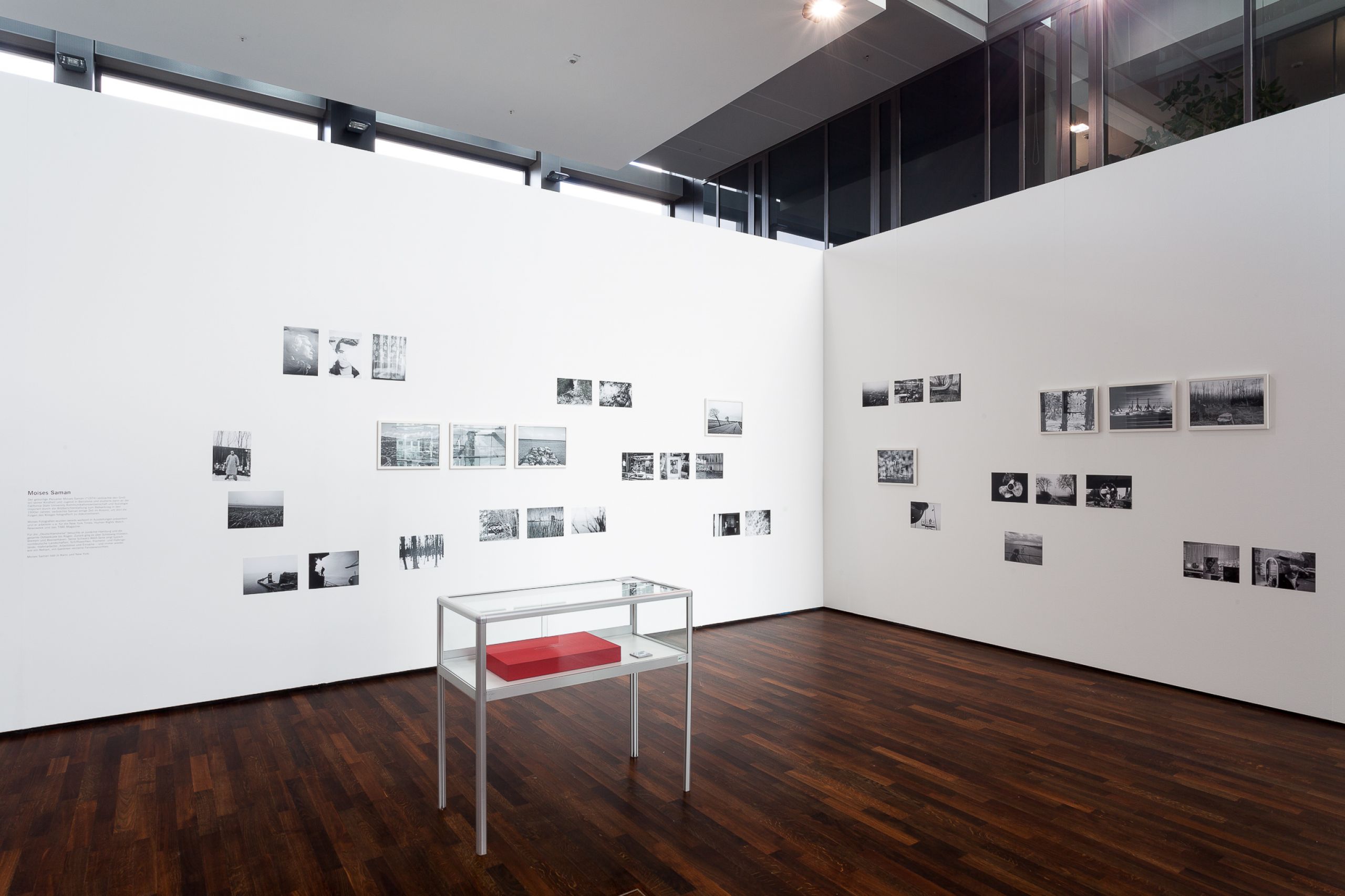 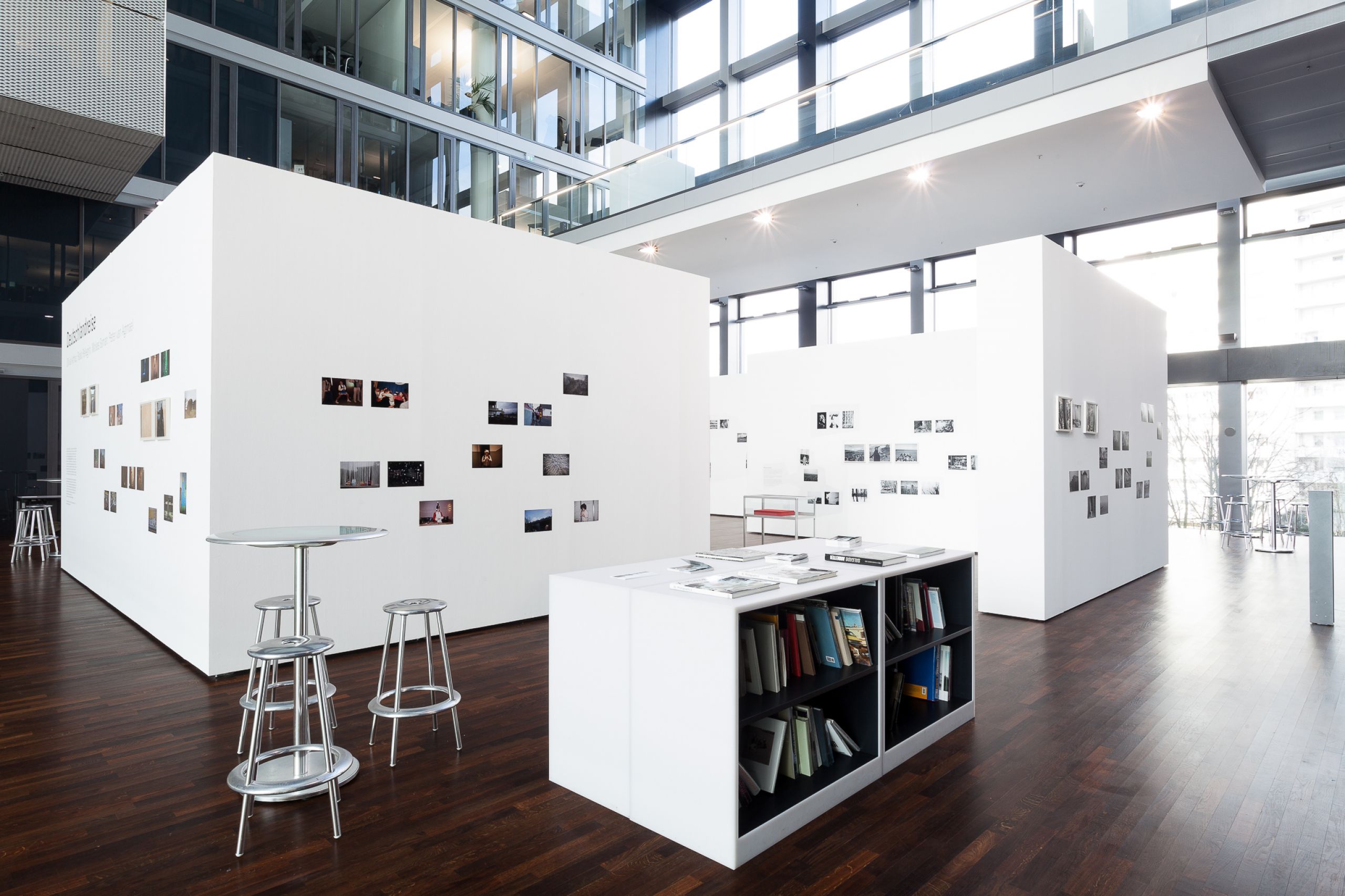 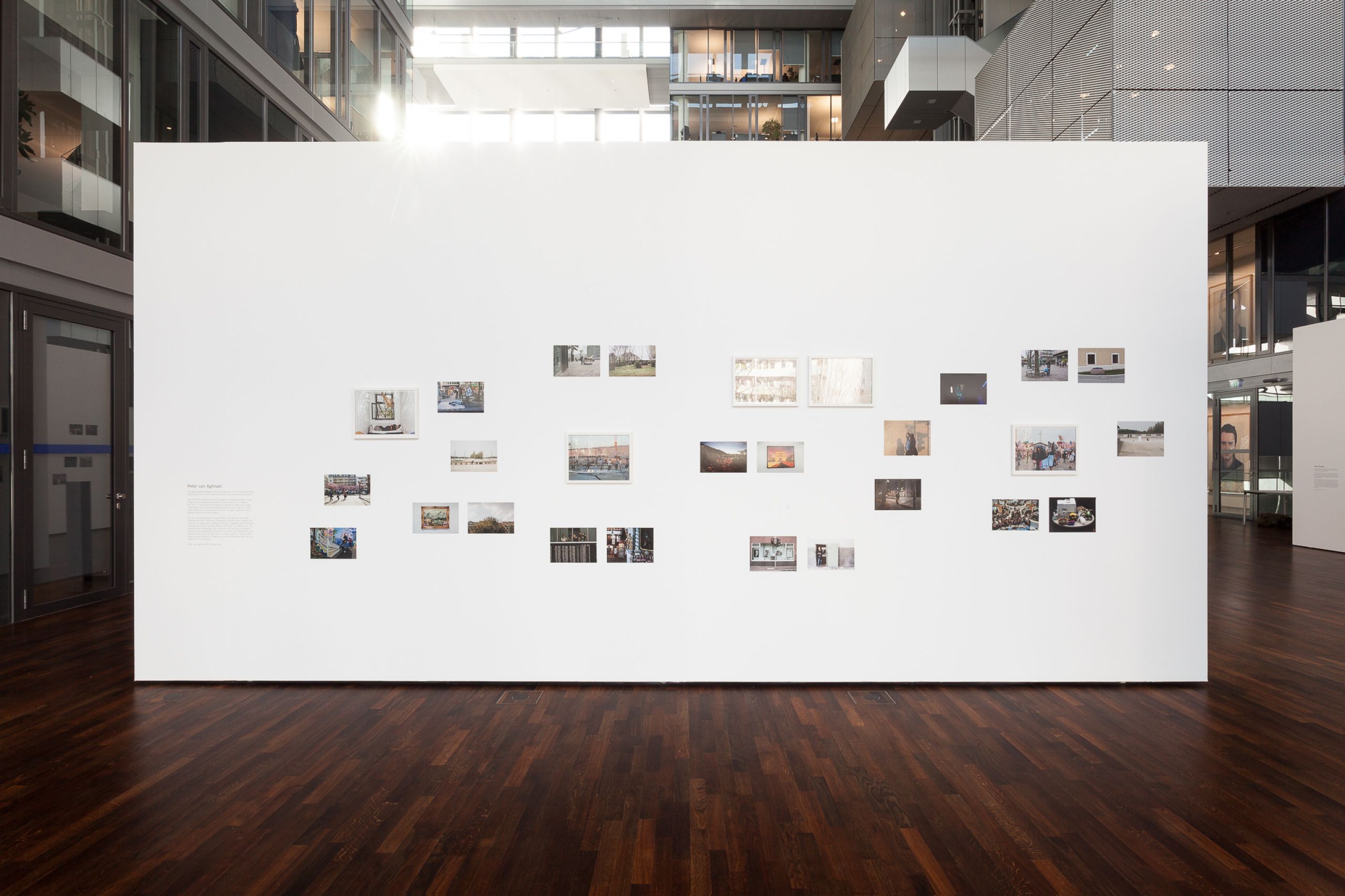