The four artists shortlisted for the Deutsche Börse Photography Foundation Prize 2020 were Mohamed Bourouissa, Anton Kusters, Mark Neville and Clare Strand. On 14 Sepember 2020 Mohamed Bourouissa was announced as the 2020 winner of the prestigious £30,000 prize via a special online presentation hosted by The Photographers’ Gallery.

From an experiment with image-making, transmission and interpretation (Strand); to a photographic portrait of a farming community in Brittany (Neville); a conceptual response to violence, trauma and memory (Kusters); and an interrogation of consumerism, trade and disenfranchisement (Bourouissa); the four projects offer very distinctive approaches to the photographic medium whilst demonstrating its ability to accommodate and give form to a diverse range of practice and concerns. 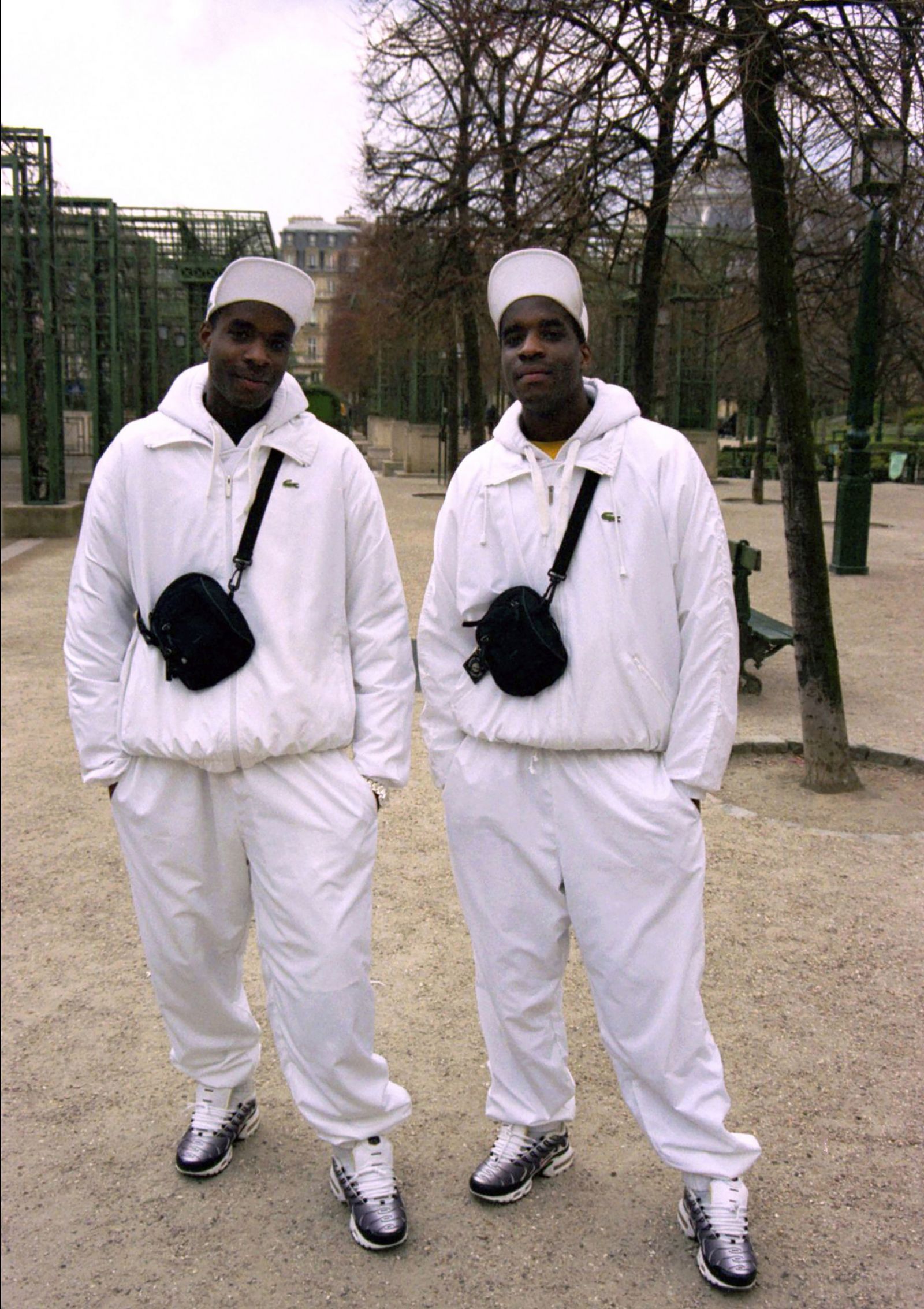 Algerian artist Mohamed Bourouissa (b. in 1978 in Algeria) works across photography, video, painting and sculpture. His projects often examine socio-economic processes, invisible tensions between different social milieus and the related cultural divisions. Free Trade comprises a survey of projects produced in the past 15 years. Presented in the unusual setting above a Monoprix supermarket as part of the Rencontres d'Arles festival, the exhibition broadly considers the relationship between individuals and the complex systems of markets and capital while also reflecting on historically and socially prescribed aesthetics from art history to rap culture. The exhibition includes one of Bourouissa's first projects, Peripherique (2005-2008), which subverts the common stereotypes of youths living in the infamous banlieues of Paris; a project documenting the practice of cigarette smuggling at a Paris subway station; as well as a work that repurposes Polaroid photos of people caught stealing everyday items from a supermarket. In a later project Bourouissa uses augmented reality to create virtual sculptures representing the forgotten and faceless 'army of the unemployed' as a way of contrasting this mostly invisible community with commercial high flyers. All-In (2012) presents a film in the style of a rap music video using the song Fœtus by Booba, a famous French Hip-Hop artist. It shows the minting of a coin embossed with the counterfeit image of the rapper as a way of illustrating how individual success in Western societies is measured by financial success. 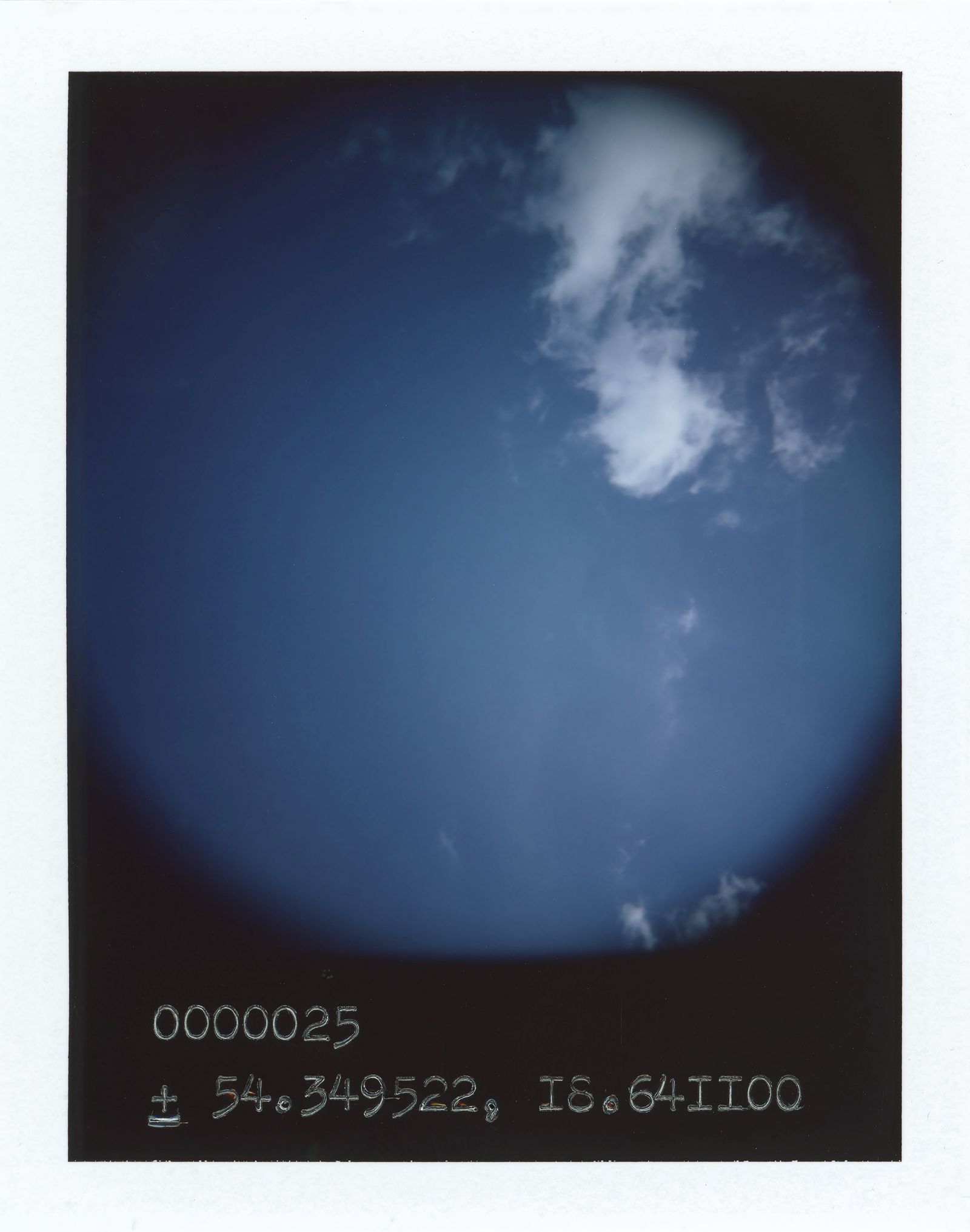 Anton Kusters is shortlisted for his exhibition The Blue Skies Project exhibited at Fitzrovia Chapel, London, UK (15-19 May 2019).

Anton Kusters (b. 1974 in Belgium) produces conceptual photographic projects that often investigate the difficult premise of representing trauma. Questioning the act of commemoration and the loss of the experience of place in our contemporary culture, he proposes alternative ways of seeing and activating audiences to continue the process of memory. The Blue Skies Project is an installation containing 1078 polaroid images. All the images show an upward view of a blue sky shot at the last known location of every former Nazi run concentration or extermination camp across Europe during WWII. Over a six-year period, Kusters meticulously researched these different and often forgotten sites of violence and photographed them using a simple analogue photographic process of peel-apart instant film. The resulting images were then blind-stamped with the number of victims at that side and its GPS coordinates. The installation also features a 13 year-long generative audio piece by Ruben Samama, which recreates in sound and length, the period between 1933 and 1945 when the camps were operational. Through such artistic abstraction, Kusters offers the audiences space to contemplate their own position in history and engage with the ongoing discourse around human rights, trauma and genocide. 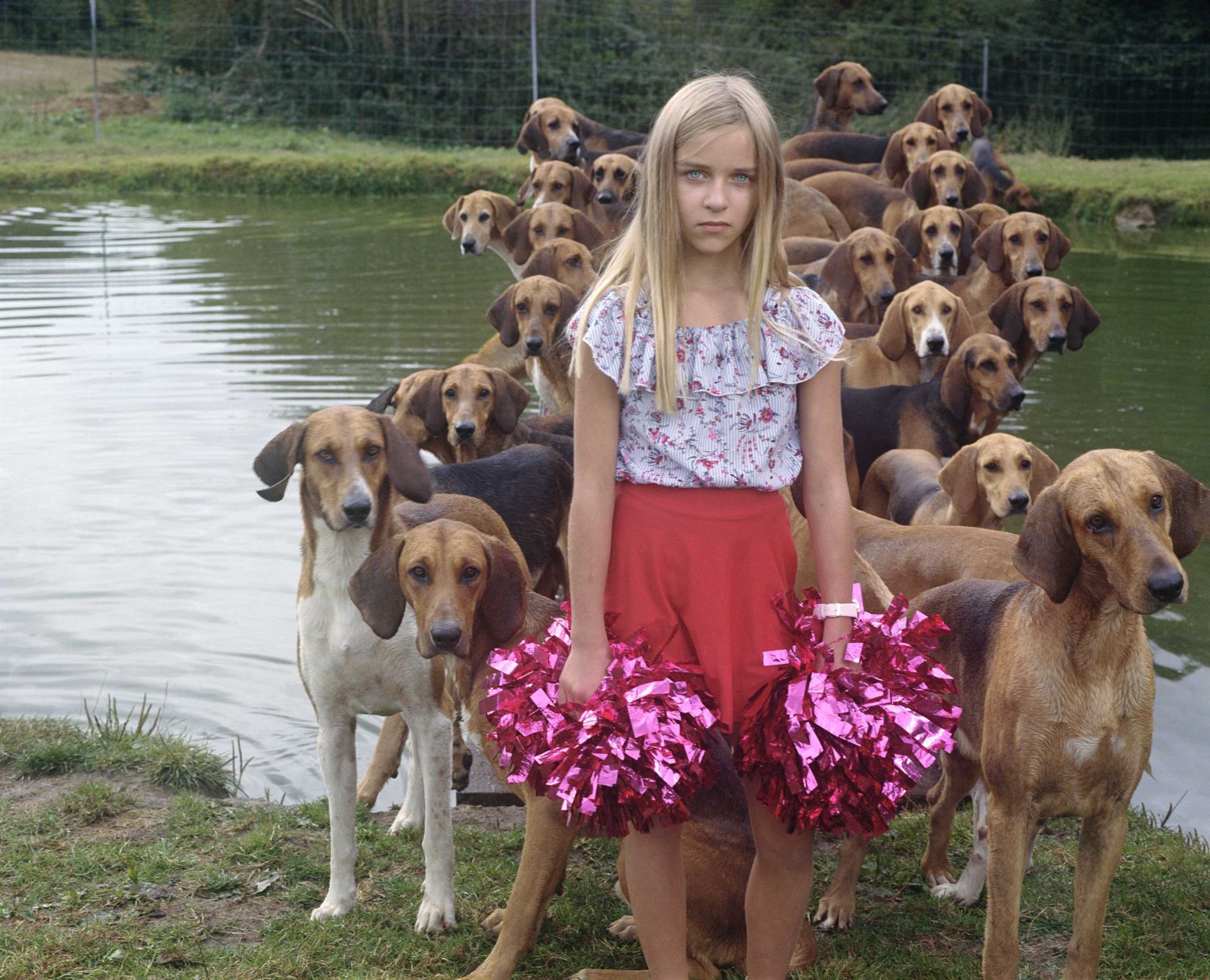 Mark Neville is shortlisted for his publication Parade published by the Centre d'Art GwinZegal, Guingamp, France (2019).

The photographic work of British artist Mark Neville (b. 1966 in the United Kingdom) connects art and social documentary practices. Through his community-based projects, he explores the social function of the medium, using still and moving images as well as photo books, which are specifically disseminated to a targeted audience or 'non-art' demographic. His projects have consistently looked to subvert the traditional, passive role of social documentary practice to activate social debate and change beyond the boundaries of cultural institutions. Starting in 2016, upon the day Britain voted to leave the European Union, he began work on a project based in Guingamp, Brittany ("little Britain"). Commissioned by the Centre d'Art GwinZegal, over a three year period, Neville produced a layered portrait of a provincial agricultural region, where the local football team and Breton dance Fêtes are main cultural activities. Exhibiting the work at the local football stadium, the farming community, which constitutes the primary demographic among Guingamp's supporters, became both the subject of, and the principal audience for his project. Outside these communal pastimes, Neville also explored the economic drivers of the region. Blurring lines between the planned, constructed photograph, and spontaneous imagery, he photographed the different agribusinesses in the community from small sustainable farms with only a handful of animals to large agricultural industries. The second edition of the book, accompanied by essays from Brittany farmers urging for the adoption of a more sustainable, humane, even "ecotopian" type of agriculture, is being sent out to policy makers in the European Ministries of Agriculture and Food, and other key policy makers worldwide. 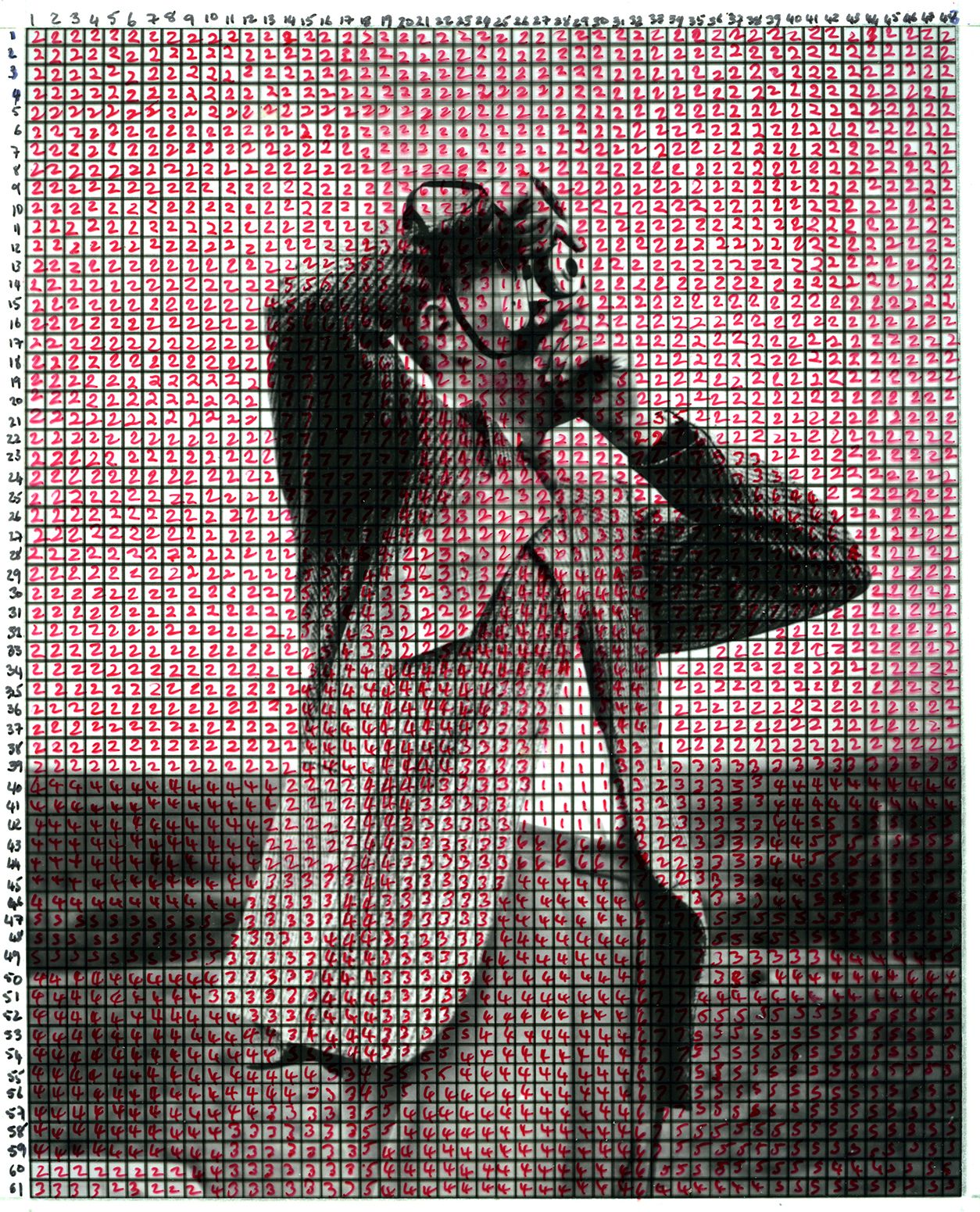 Clare Strand is shortlisted for the exhibition The Discrete Channel with Noise exhibited at PHotoESPAÑA, Madrid, Spain (5 – 21 June 2019).

Clare Strand (b. 1973 in the United Kingdom) works across different artistic disciplines, from photography and web-based programmes, to painting, kinetic machines and sculpture. Her practice is often concerned with methods of communication and the related failure, or the deliberate or accidental misinterpretation of information. The Discrete Channel with Noise is inspired by George H. Eckhardt's publication Electronic Television (1936) which offered an early study of how we might transmit images via telegraphic communication. Adopting this methodology as a way of exploring the process of transmission and reception, Strand (the information receiver), who was at a residency in Paris, asked her husband (the information transmitter) in the UK, to choose ten images from her archive of found photographs and transmit them to her by telephone using an agreed number code. A uniform grid of squares was applied to the original image with each square allocated a number between 1 and 10 related to a tone of grey. Once received, Strand would use a large-scale version of the same grid to recreate the image by painting (using paint made to the same tonal range) onto paper. The resulting recreation or representation of the original image manifests a personal struggle with the interpretation of information. The project also examines how we perceive, code and categorise visual information, especially in a digital age. Ultimately Strand's project raises questions around translation, interpretation, perception and the ownership of knowledge.